Optimal views and insights at the Augustinerhof

For a long time, the Augustinerhof in Nuremberg's old town was a wasteland that had been used as a car park in recent years. Recently, a building complex has been erected here that houses, among other things, a branch of the Deutsches Museum and a hotel. Strikingly placed windows with sunbelt® solar control glass from arcon® connect the interior with the outside world and contribute to climate protection. 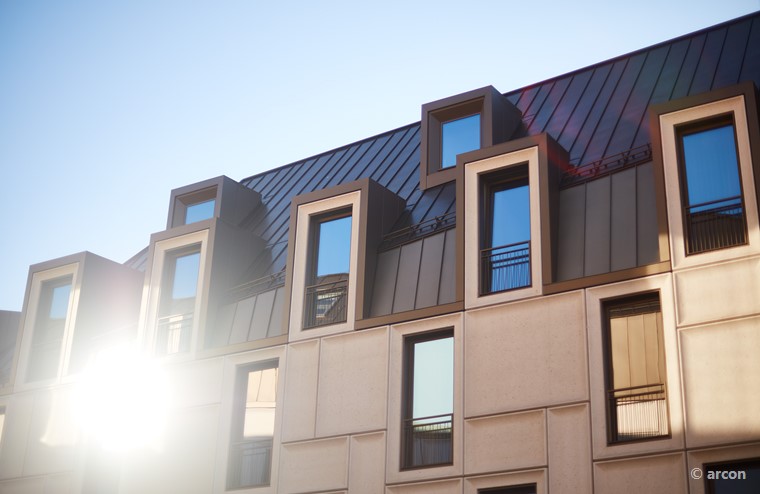 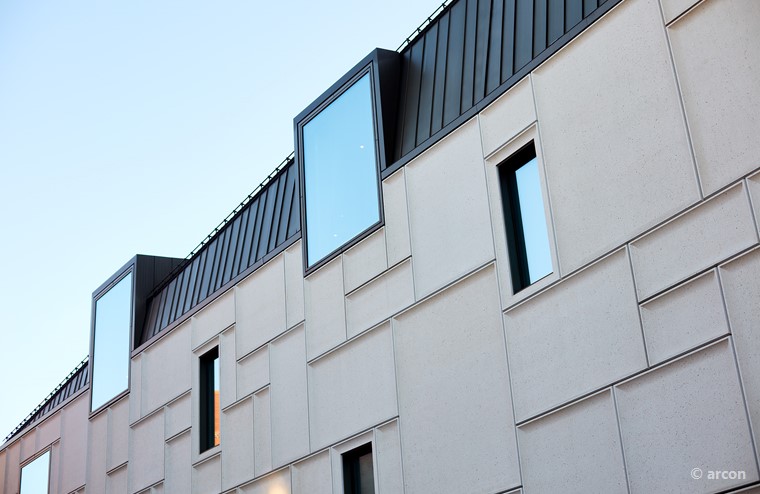 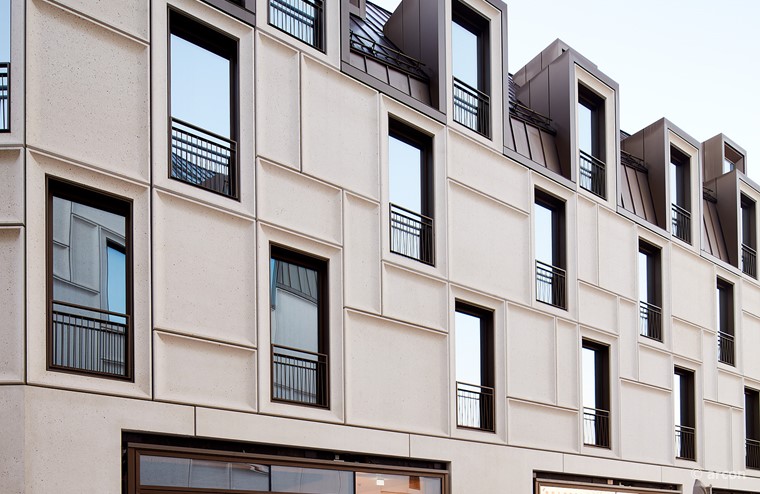 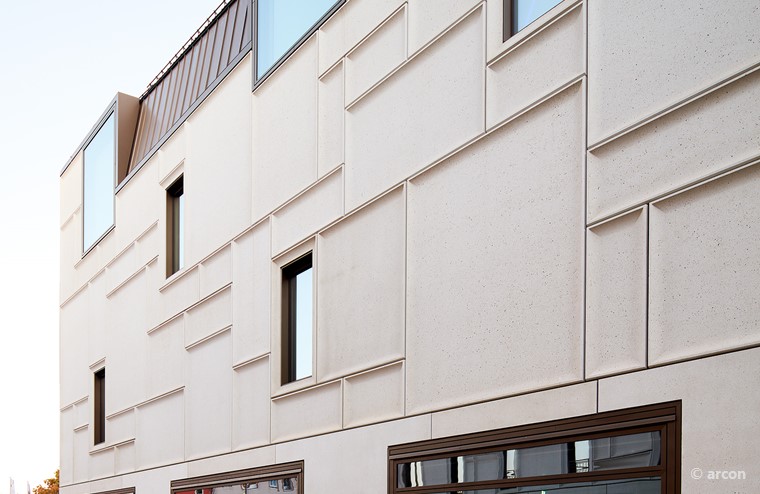 The Augustinerhof in Nuremberg is a real stroke of luck for city planners. For it is rare nowadays that an area of around 5,000 square metres in a prime inner-city location is available to them for free development. The main market square, famous worldwide for the Christkindlesmarkt, is within sight. The Toy Museum and the Weißgerbergasse with its magnificent half-timbered houses are only a few minutes' walk away – it is hard to imagine a better location. Nevertheless, the area remained an unsightly wasteland for many years and has been used as a car park in recent years. Since mid-2021, a multi-use building complex has been closing the unsightly gap. The design comes from the renowned architectural firm Staab Architekten from Berlin.

The location between the tourist attractions as well as the neighbouring buildings also posed a challenge for the clients and architects. For the Augustinerhof had to fit into this rich ensemble of listed buildings and at the same time set a contemporary accent. For this reason, the façade, for example, is clad in light-coloured concrete block and has dark mansard roofs to match the historic surroundings. Offset dormers interlock the façade with the roof surfaces and pick up on the scale and varying heights of the adjacent buildings. The entire building creates a funnel-shaped street space that opens up from the main market to the banks of the Pegnitz.

Max Müller, member of the management team at the client alpha Gruppe, describes the idea of this space: "It was clear to us from the start that a public square should be created here that opens up new walkways." Staab Architekten underline this aspect: "The urban figure of the development completes the adjacent old town blocks. The public connection to the Pegnitz and the Karlsbrücke bridge extends the city's network of paths and creates a ring-shaped connection between the northern and southern old town sides of the Pegnitz."

The most important tenants in the new Augustinerhof are the Hotel Karl-August with an attractive spa area on the top floor, which is operated by the alpha Group, and the Deutsches Museum, whose latest branch in Nuremberg opened its doors in mid-September 2021. In the branch, "technology is made tangible", as the description says. In concrete terms, this means: no showcases, but haptically tangible exhibits and experiments to participate in; people are to be invited. The mighty, externally flush-mounted glass panes that open up the museum space to passers-by also serve this purpose. Anyone looking through the panes to the outside has a viewing angle of almost 180 degrees. They are looking through sun protection glass of the type sunbelt® D60 from arcon®, which was used here as everywhere else in the building complex. Thanks to the high degree of colour neutrality, the coating of the glass enables a natural perception of the environment. The sunbelt glasses also have an excellent light transmission of 58 per cent and thus ensure optimal use of daylight inside, even on dull autumn and winter days. "The museum has only a few, but very large windows. It was therefore important that they let as much daylight as possible into the interior," says Müller. "In addition, the window areas set along Neue Tuchgasse and the square and street spaces emphasise the public character of the ground floors," adds Grunwald. Incidentally, the museum's large window areas have another function: they can also be used to display exhibits. In addition, some of the panes can be removed if large exhibits have to be transported in or out by crane.

In addition, energy efficiency requirements also played a central role in the choice of glass. After all, the large windows that characterise the look of the Augustinerhof ensure low energy costs all year round. "The multifunctional coating of the sunbelt glasses allows a high proportion of visible light to pass through. The sun's infrared radiation, on the other hand, is largely reflected," explains Hermann Dehner, Product Manager at arcon®. This prevents the rooms from heating up too much in the summer months, which reduces the time the air-conditioning system has to be used. At the same time, the coating has an insulating effect that prevents heat loss in the winter months. "This results in an optimised indoor climate throughout the year," says Dehner. The approximately 2,000 square metres of the glass in the Augustinerhof, therefore contributed to the fact that the KfW requirements for energy efficiency were met and the construction of the building complex was supported by the development bank. Incidentally, different glass thicknesses were used depending on the size of the window. Visually, the differences are not noticeable; all the windows have a uniform appearance.

Sound insulation also played a role in the decision to use arcon® glass. However, with a rather surprising background. The measurements showed that it was not the traffic noise that was disturbing. Rather, the birds on the banks of the Pegnitz were the decisive factor, according to Grunwald. But the sunbelt glasses proved to be the optimal solution for this challenge as well.

Staab Architekten point to another advantage that spoke in favour of sunbelt® glass: "The colour-neutral solar control coating made it possible to do without additional external shading systems during the construction. This not only reduced costs during construction. After all, mechanical sun protection requires regular maintenance and defective parts have to be replaced.

In addition to the Deutsches Museum as the anchor tenant, there are offices, various shops, concept stores and restaurants on the premises. They have turned the Augustinerhof into a new promenade in the heart of Nuremberg. And the area, which is open to the banks of the Pegnitz, has become a popular photo motif in just a short time.